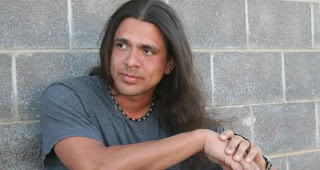 Last year, I came across Stephen Graham Jones' short fiction collection The Ones That Got Away.  I knew I'd found something special almost immediately—a writer who had the same sensibilities I did, who grew up reading the same stuff.  I was lucky enough to get to spend fifteen or so minutes talking to Stephen a few weeks ago.  He has a new book—Growing Up Dead In Texas—currently available.  My review of that is forthcoming, but in the meantime, take a look at what Stephen had to say about writing his latest work, how the X-Men may have influenced his writing style, and what we can expect from him in the future.

Q:            You've written about how you're a little bit uncomfortable with the notion of nonfiction.  Can you explain that?

SGJ:            I've always kind of wondered how nonfiction was possible.  The nonfiction I read, I always think that it's still being manipulated in some way. For me, it's all fiction.

Q:            Growing Up Dead In Texas, while it's billed as a novel, it's sometimes referred to as a memoir.  But does it occupy some place in between?

SGJ:            Yeah, really all of my stuff, it's all just me pulling stuff out of my head that really happened and changing the names a little bit.  With Growing Up Dead In Texas, I didn't change the names.  Well, I didn't change my name.  I wouldn't call it a memoir.  It's got memoir flavors to it I guess.  It's got a lot of my own life in it, but it's more made up.

Q:            You've said that in order to properly mythologize a place, you need distance.  Can you talk a little bit about that and what you mean by that?

SGJ:            When I was in Texas, when I was living in Lubbock—it's like when you're living in a place you can't see if from the proper distance.  You can't contextualize it.  For me, I was too much in it to write about it, if that makes any sense.  So I had to finally leave to get it in the proper scope. 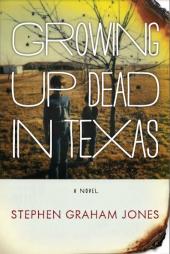 SGJ:            My dad came through town and I gave him an advance copy of it.  He read it in like 12 hours.  He's a really quick reader and he recognized some of the stories because they're stories he told me.  So far he's the only person who's tangentially in the book.  He's not the dad in the book, but a lot of his stories are there.  I let my wife read it as well, and she knows all the stories in the book and she kept asking me "Is this this person?"  Sometimes it would be and sometimes it would be someone I made up.

Q:            Do you think this book is going to reach a different audience than your prior works?

SGJ:            My book just previous to this is Zombie Bakeoff which is about wrestlers vs. soccer moms, so that's a totally different sort of thing.  Since 2005, I've been doing largely horror.  Ledfeather is the one standout that's not horror.  And even though this is the only one with DEAD in the title, it's not horror.  I always like to work against expectations.

SGJ:            Definitely.  I should be signing a contract for another horror novel soon.  I've also got a different horror novel which I also need to get published.  I've got another one that's very, very disturbing.  I don't know if anyone will ever publish that.  I've got a book of shorts coming out from Lazy Fascist.  I think horror's where I'll always come back to.  Growing Up Dead In Texas is supposed to be the first of three books for MP publishing.  And they understand I'm going to keep writing genre books, but what they want from me is nongenre books.  Growing Up Dead In Texas is the first one I've turned it.  I'm guessing the second one will come out next year.  I have no idea about the third one.

Q:            How did you become such a literary badass?  You have all these things in the hopper.  You have novels just sitting around waiting to be published.  And it's all high quality stuff.  It's not like you just churn things out like a mill.  Where do you find the time?  Can you take me through a day with you?

SGJ:            Most days I fight to find time to write.  There's teaching.  I've got a family.  I'm always out exercising and doing stuff.  The question of how do you write so much – it never made sense to me.  I don't understand not writing and not writing quickly.  Instead of sitting down for a three hour period where I can write, I take five minutes from every hour.  I love it when I have an afternoon free and I can write for four or five hours.  That's a dream.  A lot of writers say they write when they first wake up and I can't imagine doing that.  I'm way too jittery.  I have so much energy, I have to go exercise or do something.  I love to write in the afternoon or deep into the night

Q:            Your writing has a very conversational tone.  Is that on purpose or is it something you work at?

SGJ:            That's completely natural.  I remember in the sixth grade I was deep into these X-Men  comics when Rogue first came onto the team.  I had to write a journal entry for English class.  A series of journal entries.  I forgot to do it until the very last day.  I was really infected with how Rogue's diction was done.  All these phonetic pronunciations trying to capture that Mississippi accent. I'm sure it was all very insulting in various ways, but I remember I did that for my whole journal and I got in so much trouble.  The teachers hated it.  I had to translate it all into something more respectable.  And I never forgot that.  How much I hated it.  And I expect when I write now I'm getting back at my English teachers.  I try to have an easy tone where people don't have to crack my prose to get to the story.

SGJ:            I should really have a list of people I keep handy.But I guess I do. Kris Saknussemm. Jeremy Robert Johnson.

Growing Up Dead In Texas is currently available.  And if you get a chance, pick up some of Stephen's prior works.  I doubt you'll be disappointed.
Posted by Lou at 8:49:00 PM